Hydraulics Systems Can Be Open Loop Or Closed Loop Systems

These systems are also called hydrostatic systems. A closed loop system consists of three basic components, a motor, a pump, and hoses. The system may also contain an oil reservoir, but if it does, it is comparatively small. The hydraulic fluid is sent through the hoses by the pump, and the fluid only goes in between the motor and the pump. A closed loop system can generate higher power, so is used in situations that would call for that power, like in heavy construction equipment. One of these systems is also more easily controlled when it comes to finer movements and motions.

Hydraulics have been around for thousands of years and modern systems work in the same basic way as the first hydraulic systems would've worked. These systems are found in many places and have many uses, including the brakes in your car and the turbines that power electrical plants. 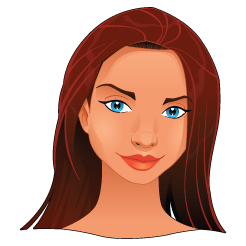 Hey there, it's Neema Madison here to teach you about automated manufacturing. Automated systems are slowly taking over the production industry. The systems use a series of sensors to create products using precise specifications loaded into the computer. Equipment operators make sure the products turn out correctly every time before being sent out to the distributor. The result is a product that never deviates from spec and is always produced on time. On this site, I will discuss all of the different equipment and parts used for this process. Since this industry method is expected to experience continued growth, I hope you follow along to learn more about automated manufacturing. Thanks for visiting. Feel free to come back to read more anytime.